This photograph album was presented to RCSEd Library and Archive by Mr. James Graham, FRCSEd in 1956. It came into his possession in 1924, after the death of Henry Alexis Thomson, FRCSEd, an Honorary Fellow of the American Clinical Surgical Society. Harold Jalland Stiles, FRCSEd was also an Honorary Fellow of the Society and both were members of the tour, being the 18th meeting of the Society. The tour group comprised 45 members and their wives and families. The American neurosurgeon Harvey Cushing, a founder of the American College of Surgeons, Arthur Dean Bevan, and founder of the Mayo Clinic Charles Horace Mayo, feature in many of the photographs.

The album features some of the most distinguished European doctors, surgeons and scientists of the time, including Paul Ehrlich, August Bier, Hermann Kümmell, Erwyn Payr, Carl Max Wilms and Carl Garre. In addition to featuring many clinics and hospitals visited on the tour, there are also beautiful shots taken of the local surroundings while the group were relaxing and sightseeing. 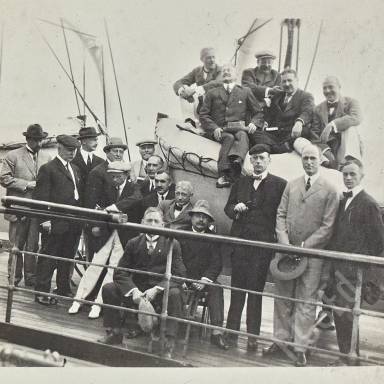 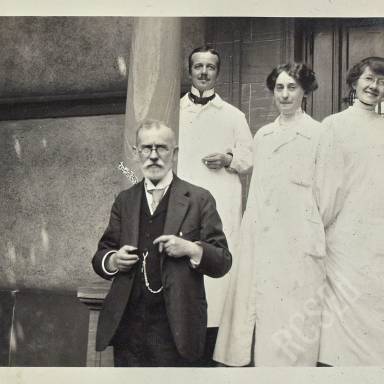 Austrian and German Tour of Hospitals and Clinics