The Western General Hospital opened as Craigleith Poorhouse and Hospital in 1868, being maintained by poor law provision to serve the sick poor of Edinburgh's St. Cuthbert’s district in west of the city. The Poorhouse and Hospital had evolved from the workhouse which had operated since 1744 on St. Cuthbert’s Lane (demolished in 1869). Edinburgh’s Medical Officer of Health Henry Duncan Littlejohn, FRCSEd, (who was later elected President of The Royal College of Surgeons of Edinburgh in 1876) found the poorhouse to be insanitary and not fit for purpose in 1863, thereby ordering improvements to be made. Work began on a new premises using stone from Craigleith Quarry, which was used for much of Edinburgh’s New Town, and the Poorhouse and Hospital opened in December 1868 at Porterfield, near Craighleith. After merging with Canongate parish in 1873, the building became known as the St. Cuthbert’s and Canongate Poorhouse until around 1885, then St. Cuthert’s and latterly Craighleith Poorhouse, until 1914.

During both World Wars the buildings were requisitioned by the War Office, and the photographs in this album cover the period during the First World War when the Poorhouse Hospital became Craigleith Military Hospital (also known as “2nd Scottish General Hospital”). The Military Hospital was under the command of RCSEd Fellow Lieutenant Colonel Sir Joseph Fayrer, who until then had been Medical Superintendent of the Edinburgh Royal Infirmary. Fayrer commanded the hospital for the duration of the War.

Craigleith Military Hospital provided around 1000 beds for military personnel, and 105 trained nurses cared for casualties as well as a team of untrained Voluntary Aid Detachment local women, who assisted the trained nursing staff. Wounded and sick soldiers arrived from France by train into Craiglockhart Station, where they were despatched to the Hospital.

Craighleith later served the community as municipal hospital - the Western General - when the Poor Law changed in the 1930s, and during the Second World War again operated as a military hospital.

This photograph album includes images of patients, staff, wards and hospital grounds, and was donated by the family of a College Fellow James MacLean Graham Ritchie, who inherited the album. The collection also includes issues of the “Craighleith Hospital Chronical”, which ran to over 30 issues, as well as drawings, poems, and autograph book. 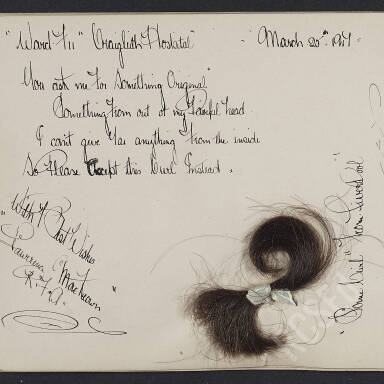 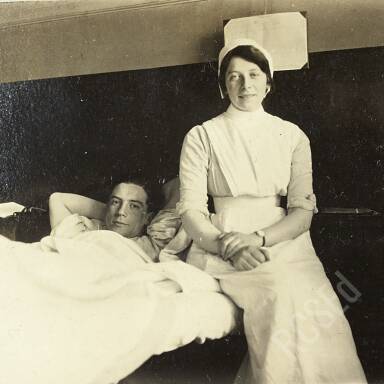