John Smith, MD FRCSEd (1825-1910), surgeon, was the son of a dentist.  He was born in Edinburgh and educated at the Edinburgh Institution, Edinburgh University and the Royal College of Surgeons. Shortly after graduation, he went to London and to Paris with his lifelong friend, Dr (later Sir) Henry Littlejohn. During his visit to Paris, he was to witness the street fighting during the revolution which was to result in the Second Republic. He made drawings of gunshot and sabre wounds which Professor James Spence was later to to use in his lectures on military surgery.

Smith gave the first regular course on the physiology and diseases of the teeth in 1856. He was surgeon dentist to the Royal Public Dispensary, and in 1860, with Francis Imlach and others, he established the Edinburgh Dental Dispensary. In 1859 he founded what was to become the Royal Hospital for Sick Children and wrote the book which celebrated the Quartercentenary of the Royal College in 1905. Smith was made Surgeon Dentist to Queen Victoria in 1871 and LLD Edinburgh University, 1884. He was President of the Royal College of Surgeons of Edinburgh and President of the British Dental Association.

Smith was also clearly a talented amateur artist, and we have a number of his sketchbooks in our collections. 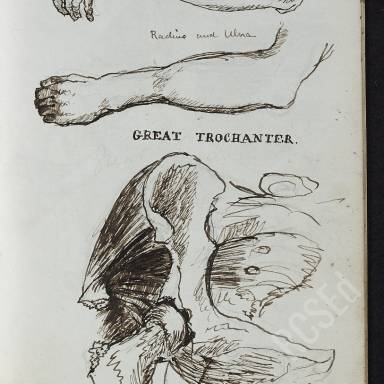 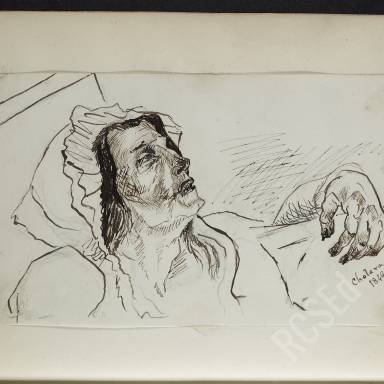 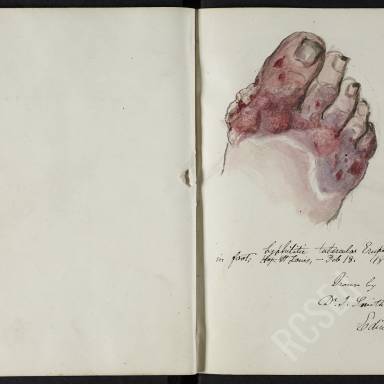 Notebook 3: Disease of the Skin from Studies in Paris at Hospital Saint-Louis, 1850