In this section you will find a fascinating, unique and substantial photographic record documenting the experience of a World War One Field Ambulance unit, organised in two main sections at the bottom of this page, with subsections in each. The Scottish Horse Mounted Brigade (SHMB) Field Ambulance - raised in Dunkeld in 1914 - came under the RAMC, a specialist corps that centred on casualty clearing stations (CCS) and field ambulances. Field ambulances (mobile frontline medical units) were responsible for a number of posts on the casualty evacuation chain, such as walking wounded collecting posts and advanced dressing stations (ADS). The SHMB were one of 15 mounted brigades with a field ambulance. Although cavalry, the field ambulances were equipped with motor ambulances, cars and motorcycles.

An enthusiastic photographer, Wade carried his small camera to all locations of his service and fully documented (as far as was possible) his experiences of wartime military service as a captain then consulting surgeon. He arrived home in 1919 with around 1500 photographs of his Home Service in Northumberland and Newcastle, and Foreign Service in the Mediterranean and Middle East campaigns, including Gallipoli, Egypt and Palestine. The photographs show troops in training, soldiers on the march, field hospitals and casualty clearing stations, medical and surgical huts being built and used, stretchers being carried, and the wounded. Wade also photographed local scenery and ancient middle eastern sites during his travels, as well as relaxation periods of the SHMB during military inactivity, for instance sports competitions. We are particularly fortunate that Wade was careful to label many of the slides and photographs.

For more on Wade and the SHMB Field Ambulance see relevant chapters in Dougald Garnder, Surgeon, Scientist and Soldier:The Life and Times of Henry Wade. In addition, the Community Archive at The Cross, Dunkeld, holds records of the Scottish Horse Regiment, including registers, personnel files and photographs. To find out more you can find contact details on their website: https://www.dunkeldcathedral.org.uk/archives 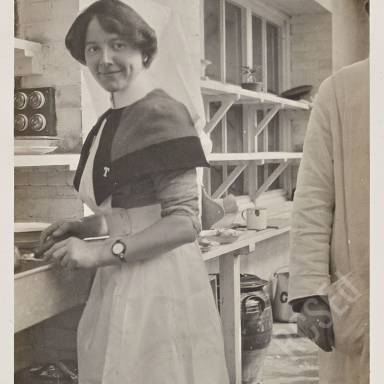 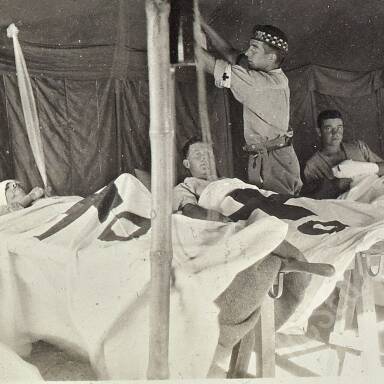