Edinburgh’s reputation as the centre of world-class medical education blossomed in the 18th century. The University of Edinburgh’s Faculty of Medicine was founded in 1726, adding to existing institutions such as the Royal College of Surgeons of Edinburgh and the Royal College of Physicians of Edinburgh. By this time Edinburgh had established itself as a locus for rational thought and the rigorous, empiricist approach to study. Medicine was the natural offspring of these philosophical principles and it comes as no surprise that the city emerged as a site of pioneering medical practice and education. The 19th century saw Edinburgh maintain its position of excellence, yielding names and innovations easily recognisable even to non-scholars. Students would be lured from afar to its educational institutions. Individuals would travel from abroad at a time when long-distance travel would take weeks and months, a sacrifice of time and comfort thought to be worth it to sample the expertise on offer.

These students were taught by esteemed teachers at prestigious institutions, and often the academics’ names alone were enough to draw the crowds. Students at the University of Edinburgh would sometimes take classes without even graduating with the MD degree. Partly this was due to alternative classes being available at extra-academical schools, plus the option of other awards like the Royal College of Surgeons Licentiateship. It was also a sign that a teacher’s stature was often sufficient and a student’s own reputation would be inflated by association and lead to boasts about being taught by a certain individual, a circumstance ultimately as impressive as a specific qualification.

Also known as class tickets, these were cards issued to students allowing them entry to particular classes. Generally the cards recorded the subject and the teacher and featured some blank spaces on which the student’s name and date would be inscribed. These class tickets offer a snapshot of the classes run by notable medical teachers in Edinburgh. Peering into a period of medical history from the 1770s to the 1940s, the cards highlight the range of teaching undertaken and gesture towards the daily experiences lived at the time by those pursuing medical training in Edinburgh. They cover a number of institutions, some already mentioned, as well as others like the Edinburgh Royal Infirmary and the School of Medicine of the Royal Colleges. The names of many famed teachers adorn these cards, including John Lizars, James Syme, James Young Simpson, Joseph Lister and Robert Knox. Less is known overall about the students who attended the classes, but at least some went on to have prolific careers in their own right, including Francis Mitchell Caird a dresser on Lister's wards and went on to become Professor of Clinical Surgery and the University of Edinburgh and President of the Royal College of Surgeons of Edinburgh.

The sense of high-learning and serious study is further emphasised by the visual appearance of the cards. Immediately one notices the classical fonts and curlicues, the sketches of grand buildings, the portraits of former masters like Alexander Monro Secundus. The cards also indicate a line of learning through generations – for instance, by declaring Robert Knox as the successor to the late John Barclay – and frequently proclaim noble affiliations such as Fellowship of the Royal College of Surgeons of Edinburgh. All of these, plus period terms like Materia medica (now pharmacology), combine to create a vivid impression of medical education at the time. 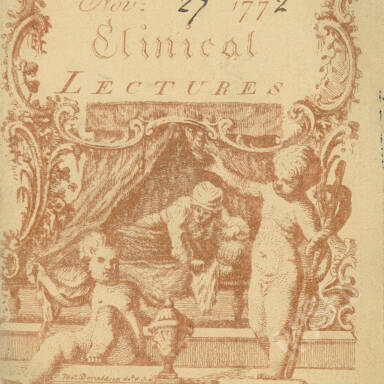 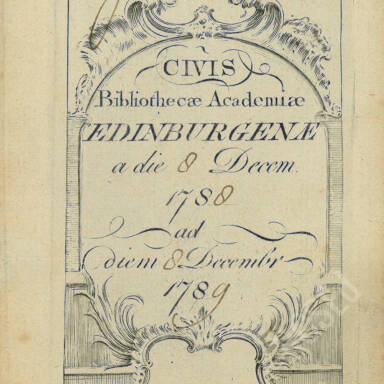 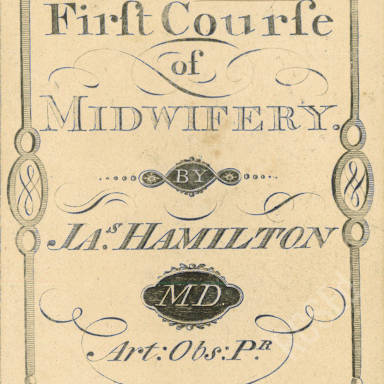 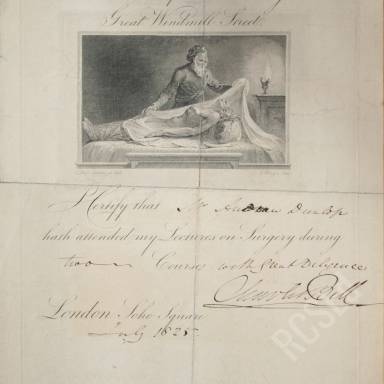 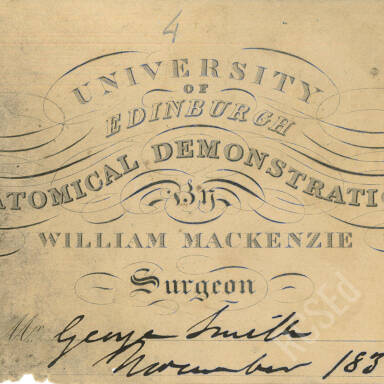 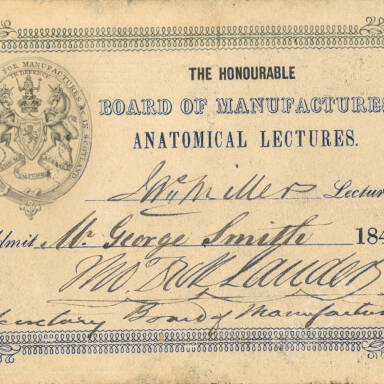 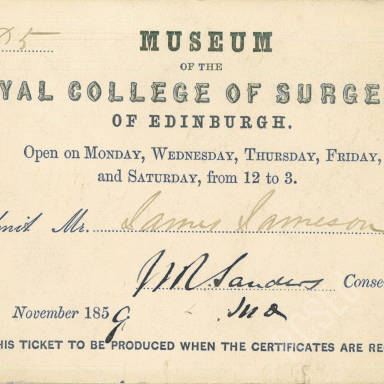 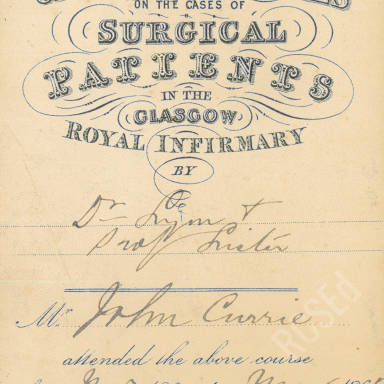 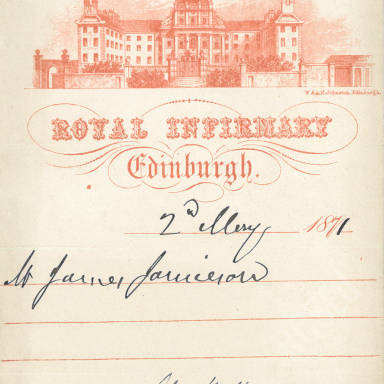 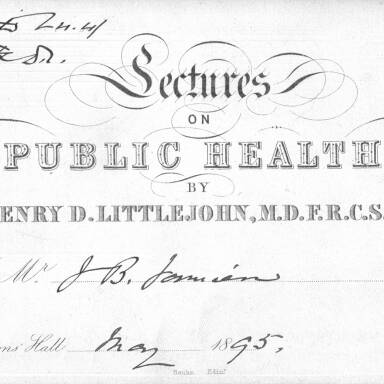 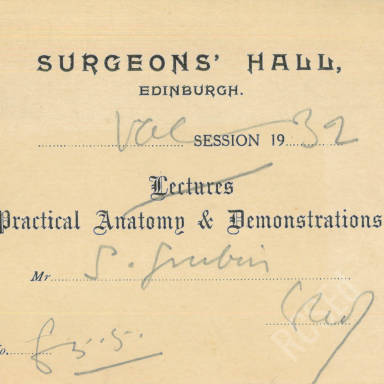 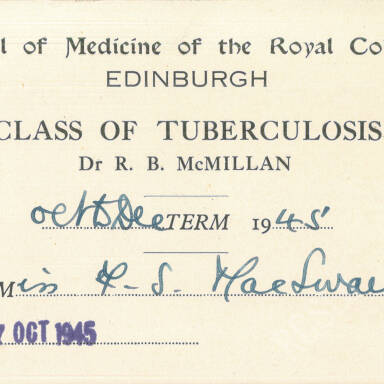